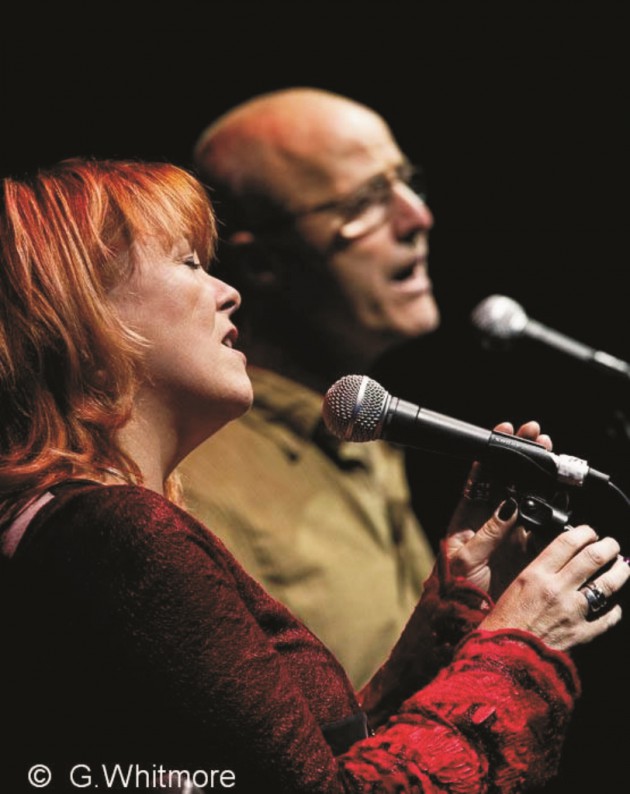 We’ve said the same thing for the last few years, but Derby Folk Festival really wouldn’t be quite the same without Kip and Dave – running the folk club events, and appearing on the main stages – they’re a wonderful duo, loved by all, and we’re delighted they are able to join us again, in our slightly different format.

Winter Wilson’s latest tour showcases their latest album “Ashes and Dust”, the follow up to “Cutting Free” which made the Daily Telegraph’s ten recommended folk albums for Summer 2014.

Having honed their craft during many years as semi-professional musicians, the duo went full time in 2012 and haven’t looked back since. They have a fine repertoire of self-penned songs, telling stories of everyday life which often reflect the bigger picture of this life we lead. (“Songs for local heroes,” as one punter said.)

Kip Winter (vocals, accordion, guitar, flute) is one of the finest singers on the circuit, expressing power and emotion in equal measure “from melting to belting”.

Dave Wilson (vocals, guitar and banjo) is amongst the top tier of British songwriters, with his songs covered by some of folk’s “greats”.

But it’s in live performance that Winter Wilson really excel, bringing a sense of intimacy to every stage, welcoming audiences into their world, mixing songs with stories of life on the road. “This isn’t a performance – it’s a domestic!”