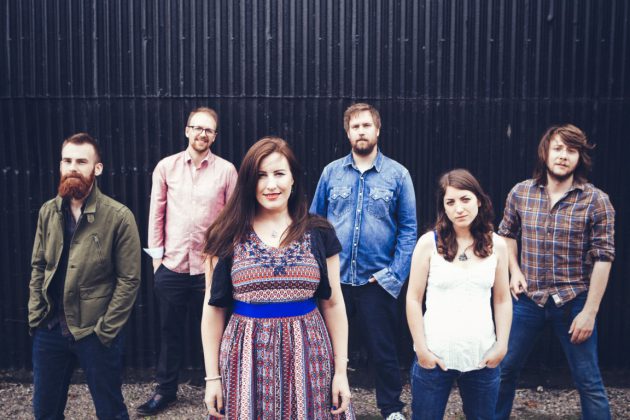 Bringing together some of the most exciting musicians on the UK folk & roots scene, The Willows blur the boundaries between contemporary song and folk traditions on either side of the Atlantic.

The band was formed in Cambridge by husband & wife (Cliff Ward & Jade Rhiannon) and Ben Savage via a chance meeting on Gumtree! Since then the band’s line-up and sound has grown considerably with Evan Carson (Sam Kelly, Changing Room) on drums, John Parker (Nizlopi) on double-bass and Katriona Gilmore (Gilmore & Roberts, Albion Band) on fiddle. The sound is expansive, varied and rich in power – a band equally at home with pin-drop intimacy as they are invigorating foot-stompers.

The band shot to prominence in 2013 when debut album “Beneath Our Humble Soil” co-produced by Stu Hanna (Megson, Show of Hands) was championed by the likes of Mike Harding and Bob Harris, and subsequently nominated for Best Debut by Spiral Earth. The band followed up with “Amidst Fiery Skies” co-produced by Sean Lakeman which was equally well received…
“***** – Amidst Fiery Skies is outstanding!” – The Telegraph
“Already selected for the ‘next big thing’ from the burgeoning herds of young English folkies , their 2nd album is beautifully rendered” – Acoustic Magazine
Alongside their achievements in the studio, a hectic touring schedule has helped the band build a reputation as a compelling live act, appearing at just about every major folk festival going in recent years….Catch them while you can.