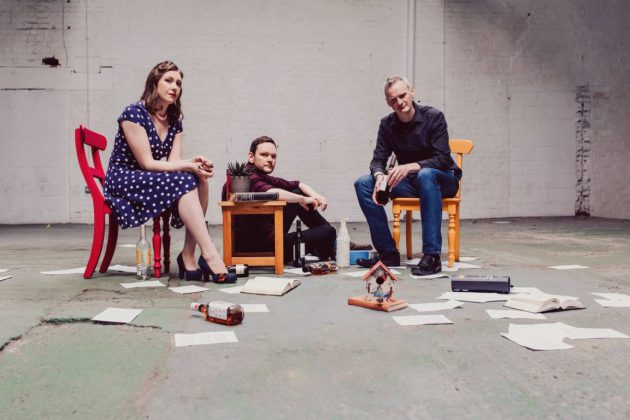 Rachael McShane is a singer, cellist, fiddle and viola player based in the North East of England. Best known as an original member of folk big band Bellowhead, Rachael toured internationally with them as well as making several TV appearances. Bellowhead recorded 5 studio albums, and won a total of 8 BBC Folk Awards in their 12 years together. Rachael has more recently been singing the role of Susannah Holmes in a new adaptation of The Transports alongside The Young’uns, Faustus, Nancy Kerr, Greg Russell and Matthew Crampton. The Transports album is out now.

Rachael’s brand new album (her first since 2009) sees her reworking traditional songs with a new band, The Cartographers, featuring guitarist Matthew Ord (Assembly Lane) and melodeon player Julian Sutton (Kathryn Tickell, Sting). ‘When All Is Still’ is out on 12/8/18.

Rachael McShane & The Cartographers are a brand new signing to Topic Records, the oldest independent label in the world, on the eve of its 80th anniversary.

Rachael’s first solo album ‘No Man’s Fool’ was released on Navigator Records in 2009 and it’s available to buy here. Rachael’s band for the album was made up of musicians from outside the folk genre but featured entirely traditional material.

As well as performing, Rachael is also a teacher and workshop leader, working in schools teaching violin/fiddle, cello and running string ensembles and choirs. She has also been a part of educational projects with organisations such as Aldeburgh Young Musicians and the National Youth Orchestra.