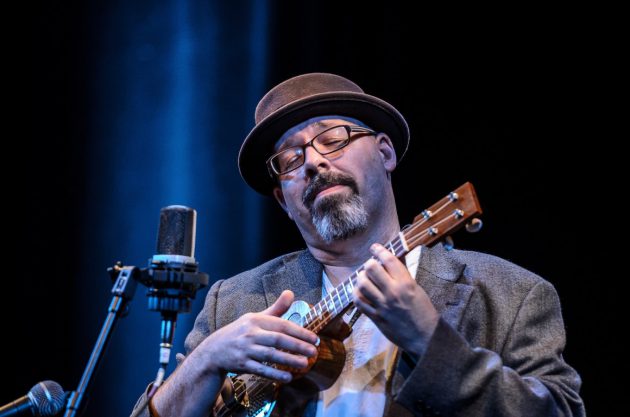 Phil’s love of vintage blues, hokum, old-time, and jug band music shines through as he blows the dust off obscure old songs and gives new life to classics with his intricate picking and driving rhythms on both ukulele and 5-string banjo. His original songs blend in seamlessly, with many believing them to be old songs that had passed them by.

Phil has traveled all over the UK and to Ireland, France, Germany, Finland and the US performing and leading workshops at festivals, theatres, and clubs. He has appeared on over 20 albums (and a number 2 hit single), performed on BBC radio and TV, taught over 1500 ukulele players, and shared stages with some of the world’s finest players. He is a regular contributor Uke Magazine, has composed pieces for the London College of Music ukulele grade syllabus, and is the author of the book “How Music Works On The Ukulele”

Phil is proud to endorse Aquila strings and Logjam stompers.