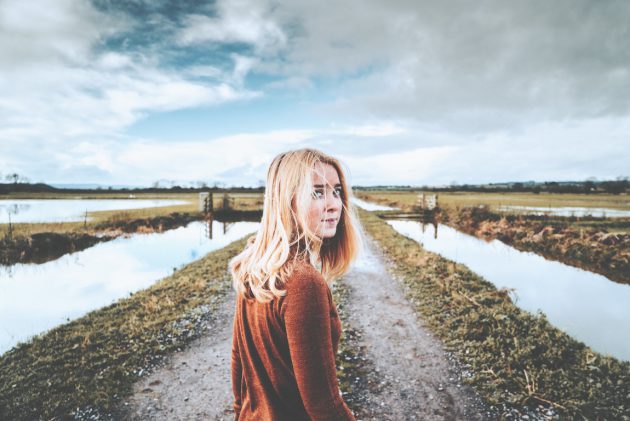 Kitty Macfarlane is a songwriter and guitarist from Somerset, whose music is rich with visual imagery and written with an eco-eye. Her trademark lies in remarkably mature songwriting, a marked empathy with the environment and a strong sense of place.
Carried by a clear voice ‘controlled yet wild’ (Folk Radio), her lyrics touch on intervention and rewilding, climate change and migration, woman’s age-old relationship with textiles and the land, and the changing face of the natural world. From the starling murmurations on the Somerset Levels to the lowly eel’s epic transatlantic migration, the
coasts and estuaries of the South West and the small part we ourselves play in a much bigger picture, her songs are bound by the underlying theme of mankind’s relationship with the wild. Cerebral and topical, honest and immediate, these are not throwaway lyrics or everyday melodies but thought-provoking and evocative compositions with wonderfully crafted soundscapes.
Her debut album Namer Of Clouds was one of The Guardian’s Best Folk Albums of 2018, and has seen airplay across BBC Radio 2, 3, 4 and 6 Music. Last year she was invited to guest-present two episodes of BBC Radio 4’s Tweet of the Day and Kitty performed live in session on BBC Radio 2 at the beginning of 2019.